How to Cure Corned Beef in Brine 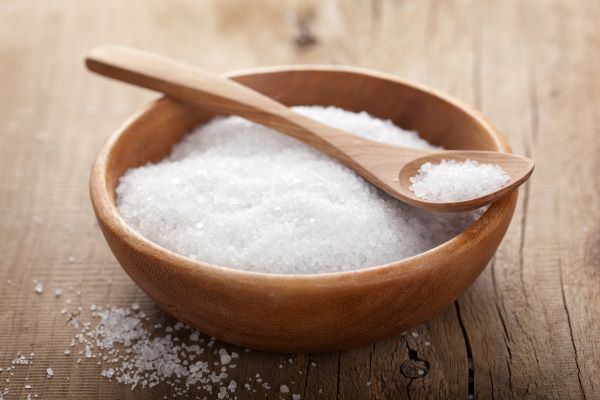 Brining, also known as corning or sweet pickling, is a good meat curing method for beginners because it is easy and inexpensive to produce delicious results.

To make corned beef, you immerse meat in brine, which is simply a solution of salt and water. Seasonings and pink curing salt (also known as American curing salt #1–a “fast” cure) are added to contribute flavor and color that are characteristic of corned beef.

Where’s the corn in corned beef?

Corning is an old English term that refers to pellets of salt that were called “corns”.

Therefore, corned beef is simply meat preserved with salt. It has nothing to do with the vegetable we all know (and love) as corn on the cob.

The role of ingredients in corned beef

Salt for brining and curing meat

Many brining recipes do not specify the type of salt.

Pickling or canning salt is your best choice in brining recipes because it is pure, fine-grained, and dissolves easily. Pickling and canning salt is available in most major grocery stores, where canning supplies are sold, and online.

Kosher salt is an acceptable substitute, but coarse grains take longer to dissolve than fine grains. If you have a choice, use find grain Kosher salt.

Saltpeter (sodium nitrate) is a naturally occurring mineral that has been used to cure meat for at least 1,000 years.

Nitrate preserves meat by prohibiting the growth of spoilage bacteria (especially C. botulinum) and preventing fats from going rancid. People continued to use nitrates only until nitrites became readily available. Nitrate is still used today only when a slow-cure method is needed for raw-cured products, such as dry pepperoni, dry salami, sopressata, and dry coppa.

As it turns out, nitrate isn’t the active agent in meat curing, rather its derivative, nitrite.

Nitrite causes the preservative effects, as well as the appetizing reddish-pink color and pleasing flavor that we associate with cured meats such as ham and corned beef.

Curing salt #1 or pink curing salt is a “fast” cure that contains sodium nitrite. It is known by various brand names, including InstaCure No. 1, also known as Prague Powder #1, DQ Curing Salt, and tinted curing mix (TCM). The pink color ensures that users will not confuse it with any other type of salt. Never substitute pink curing salt for any other type of salt. Use cure #1 only in products that you will cook before eating, such as corned beef and bacon.

Curing salt #2 is a “slow” cure that contains sodium nitrate in addition to sodium nitrite. It may or may not be pink colored. Cure #2 is used only for making raw-cured products that are dry-aged for long periods and will not be smoked, canned, cooked, or refrigerated. Cure #2 is not interchangeable with curing salt #1. Never use cure #2 in brine or substitute it for any other type of salt.

Because corned beef is cooked after curing, sodium nitrite is not used to control botulism. However, it does impart the characteristic pink color and flavor. If a pink color is all that is desired, as a little as 40 parts per millions (ppm) or 1 level teaspoon (5 grams) per quart of water achieves the desired result.

For preservative effective, more curing salt can be used, up to 200 ppm (5 level teaspoons, one ounce, or 25 grams per quart of water), which is the maximum amount recommended by the USDA for safe consumption. Sodium nitrite is toxic in large amounts; under no circumstances should you use more than 1 ounce of curing salt #1 per quart of water when making a brining solution.

If you don’t have or don’t want to use curing salt containing sodium nitrite, you can brine meats without it. Without curing salt that contains sodium nitrite, the color of the cured meat will be gray rather than pink and the flavor is less sweet with a more pronounced “pickle” flavor. It tastes more like seasoned roast meat, than a cured meat.

The art & science of brining

There is no universal brining recipe for curing meat. Brining is more art than science.

Brine strength is expressed as a percentage of salt in proportion to the weight of the brine. Therefore, when you make brine, you measure the salt in relation to the amount of water in the recipe.

The choice of weak or strong brine is somewhat determined by the type of meat being cured. It is generally recommended to use weak brine for poultry, fish, and game birds, and strong brine for beef, pork, and game meat.

Good brine recipes will give you a formula using the weight of the salt. If dry measures are given, they can be inaccurate unless they also specify the type and brand of salt.

As the table below shows, DK requires twice as much by volume than MTCP.

How long to brine meat

Determining how long to brine meat depends on the brine strength, the size and shape of the piece of meat, and the texture of the meat.

Note that brining a turkey for Thanksgiving dinner (or any other meat) for a day or two merely adds flavor. It is not a curing method like corning beef.

For curing meat, the salt and other ingredients must fully displace the water (the preservative action) throughout the meat tissue, so brining time needs to be much longer.

Meats to use for corning

The most common cut used for corned beef is the brisket or round.

Game including antelope, bear, elk, moose, and venison are also excellent meats to preserve by the corned beef brining method. In game meat, brining removes the musky flavor and tenderizes even the toughest meat.

Use the same cuts from game as you would for corned beef, the brisket (lower chest) and round (leg), as well as loin, rump, and shoulder.

Pork is commonly cured by brining, including loin, rump, and shoulder for hams and belly for bacon.

Lamb and veal do not result in products with good color or flavor, so are not recommended for curing in brine.

Making corned beef brisket is a good meat curing project for beginners because it is easy to do. Corning uses strong brine of salt and water with added sugar and spices for flavor. A small amount of pink curing salt containing sodium nitrite also adds characteristic color and flavor.

This Homemade Corned Beef Recipe uses strong brine strength of about 15% (weight of salt to water), a modest amount of sugar, spices, and optional curing salt containing sodium nitrite. It’s a good starting point if you are corning beef for the first time.